See Your Shadow has been known for its writing and innovation, but no other project for See Your Shadow garnered more controversy than it’s first chart topper, the LGBTQA themed dance track, “Rug Burn”. In honor of the 10th anniversary of the song that really got See Your Shadow some attention, we are returning to our dance roots just in time to kick off the Summer Pride Season for our LGBTQA fans and have released a new version of our signature dance tune. The new version is completely remixed and remastered and is an alternative take on the original melody. It was hard for us to believe that it had been 10 years and we thought we needed to do something to commemorate such a milestone. “Rug Burn” is available on all the streaming platforms. 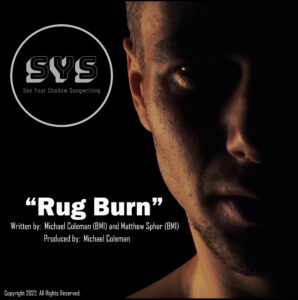