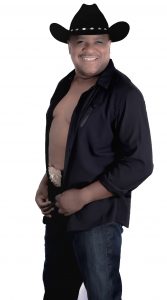 Producer and Songwriter Michael Coleman has been in the creative arts practically his entire life. As the Artistic Director of See Your Shadow Songwriting, Michael has been the driving force behind all the company’s artistic works utilizing the extremely talented vocalists and musicians that make up the See Your Shadow Network of Stars. As a lyricist, Michael’s writing style is filled with imagery and emotion and his lyrics stand alone as pieces of literature earning Michael two nominations as Poet Laureate for the State of Ohio under then governor John Kasich.  As a song producer, Michael applies an innovative production style and is not afraid to take risks, go outside industry norms or be edgy.  Michael was the first to combine hip hop and country and western for his recording “Like a Kid Again” featured in the motion picture H2indO and Michael produced the first ever Techno dance version of the baseball classic, “Take Me Out to the Ballgame”, featured at the NAGAA Softball World Series, as well as the edgy and controversial, over the top, LGBTQA themed dance track about oral sex, “Rug Burn”, which inspired a live action game show and board game. See Your Shadow Songwriting under the helm of The Metropolitan Cowboy has had five Number 1s on the iTunes Country Chart in South Africa, reached Number 2 on the iTunes Pop chart in South Africa with the female empowerment anthem, “I Know My Worth”, had a top 20 Christmas single on the iTunes Chart in Great Britain with the Fair Play Country Music Award Winner, “Christmas on Cellblock 9”, as well as a top 20 single on the Christian Radio Charts with See Your Shadow’s breakout hit, the award winning, “I Will Tell Jesus You Said Hello”.