Being recognized again as one of the best makers of independent music, See Your Shadow has been nominated by Fair Play Country Music based out of The Netherlands for Holland’s Red Carpet Award. The Red Carpet Award honors excellence in independent country music from around the world and its winners are selected by an international panel. See Your Shadow was nominated in the best group category and Michael Coleman was nominated for best male songwriter for the penning of See Your Shadow’s breakout record and their first of four consecutive iTunes Number 1s, the sentimental ballad, “I Will Tell Jesus You Said Hello”. “I am really excited about the nomination as it further acknowledges the great work that the See Your Shadow Network of Stars puts out” said Michael Coleman, “I describe that song as our little engine that could and it is proving just that, as this is our third international award we have been nominated for”. The Red Carpet Awards are slated to be handed out later this month. 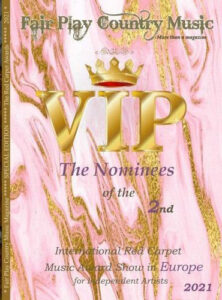