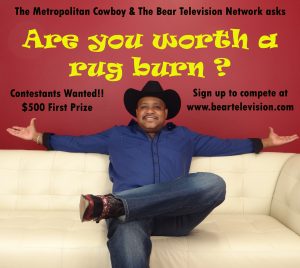 See Your Shadow Songwriting is extremely excited that its concept for the music video “Rug Burn” by the band Red Carpet Premiere is being turned into a live action game show that will be aired on The Bear Television Network as its anchor game show.  The video which pays tribute to trash filmmaker John Waters’ early work from the late 1960s and early 1970s is one of See Your Shadow Songwriting’s most infamous pieces of art.  The concept and direction of the infamous video was all the idea of Artistic Director, Michael Coleman, who directed the video and gave it the low budget look and feel thus mimicking the look and feel of a John Waters movie. The game show, “Are You Worth a Rug Burn?” is slated to begin filming in December and will debut in 2020.